Mr. Timmermans is a Dutch politician and diplomat nominated as Executive Vice President-Designate of the European Commission from 2019. He previously served as Minister of Foreign Affairs from 2012 to 2014 in the Second Rutte cabinet and State Secretary for Foreign Affairs from 2007 to 2010 in the Fourth Balkenende cabinet, in charge of European Affairs. He was a member of the Dutch House of Representatives for the Labour Party from 1998 to 2007 and again 2010 to 2012. Mr. Timmermans was a civil servant in the Government of the Netherlands from 1987 to 1998, until he became active in politics. 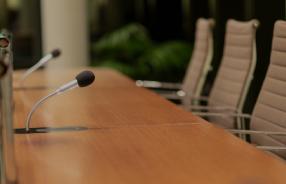